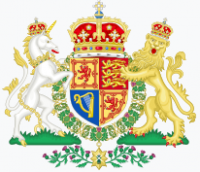 He is a boy. He has got one brother. He has got very red hair. He has got brown eyes. He has got a big nose. He is Meghan’s husband. He is Archie’s dad. He is William’s brother and Charles and Diana’s son. (Paul)

My hair is grey. My sons are Charles, Edward and Andrew. My mother is Elizabeth and my father is George. I have got four children. (Gwénaëlle)

I am one of the sons of Queen Elizabeth II and Prince Philip is my father. I have grey hair. I have two brothers and one sister. I have two sons. (Marion)

He has got red hair, he has a red beard. He was born in 1984. He is the second child of Prince Charles and Lady Diana. (Dany)

She is Prince Philip’s wife. She often wears a hat. She is ninety-four years old. She is the Queen of England. (Kaylie)

He is married. He has got one brother. He has got two uncles and one aunt. He has got red hair. Archie is _______’s son. He is Philip’s grandson. (Antonin)